January brought the year in like a roaring Lion. The Judge Dredd Mega Collection from Hachette was released on 21st January 2015. I was fortunate enough to get Preview Pdfs of the first 10 parts. The embargos on these were very generous and I was able to get Preview articles out fairly early.

The spike this news caused in views of my Blog actually started in December 2014 when the news first broke. Interest in this Part Work rocketed and my Preview Articles gained massive hits for my fairly modest Blog. The five top read articles on my Blog for 2015 are about this series of books. END_OF_DOCUMENT_TOKEN_TO_BE_REPLACED 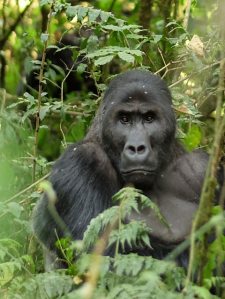 Concluding this two part series about Grauer’s Gorillas in the Kahuzi-Biega National Park in the Democratic Republic of Congo. Grauer’s Gorillas are also known as Eastern Lowland Gorillas and are closely related to Mountain Gorillas. They have been far less extensively studied than their famous relatives.

There are a few spoilers below so if you haven’t seen the episode you might want to do so, you can see it on iPlayer, that link will only work if you live within the UK. END_OF_DOCUMENT_TOKEN_TO_BE_REPLACED

I have recently experienced extended periods of both issues. The Triggers are not always the main issue of course, that is something that many people mistake.

The point of this article is that when having bouts of Anxiety and Depression many make snap decisions, some life changing. These decisions can be catastrophic and cause more problems. I almost made one such snap decision recently.

This article is longer than I intended  END_OF_DOCUMENT_TOKEN_TO_BE_REPLACED 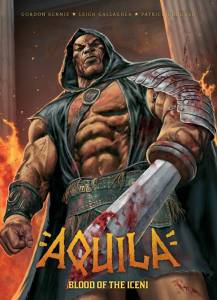 Set in Ancient Rome and starting with the execution of the Slave Spartacus and his fellow rebels in 71BC. One of the executed slaves is singled out by a mystical entity.

There were obvious ‘this is a Blackhawk’ reboot when this series was announced. The similarities end with the fact the main character is a Nubian Ex-soldier.

Blackhawk was first published in Tornado where his stories were set in Roman era with him as a Centurian. On the transition to 2000AD Blachawk’s story transferred in to outer space where he became a Gladiator among a menagerie of Aliens.

Aquila’s intro story yells of his death as a slave and rebirth as an eternal warrior serving Rome.

There are preview pages after the list of Contents at the end of this article. END_OF_DOCUMENT_TOKEN_TO_BE_REPLACED 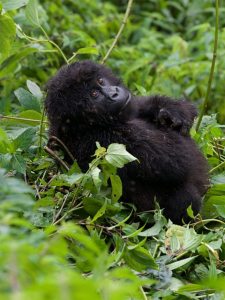 I first heard of Gordon Buchanan as a Wildlife Cameraman. In 2011 I saw his three part series A Bear Family and Me that saw him filming closely with American Black Bears. That series will be repeated on BBC2 on Monday to Wednesday  28th to 30th December 2015.

I wasn’t writing this Blog in those days. However I have reviewed the subsequent series A Polar Bear Family and Me and Snow Wolf Family and Me.

The full set of series are being shown so you can easily catch up.

My reviews include links to the shows on iPlayer but some links won’t work at present, I’ll update then once the shows have been repeated.

I don’think these links won’t work outside the United Kingdom.

This series shows Gordon getting as close as her can to a family of Grauer’s Gorillas, also known as eastern Lowland Gorillas. These gorillas live in the Kahuzi-Biega National Park at their invitation, in the hope of increasing tourism.

If you haven’t seen it I suggest you watch before you read the review – it is available on iPlayer. Though there are no major Spoilers in my review though. All images are from the BBC Website and are used with assumed fair use for review purposes only. END_OF_DOCUMENT_TOKEN_TO_BE_REPLACED 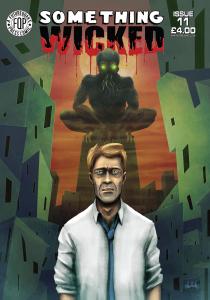 This is a British anthology of Horror syories from the same punlishers as the 2000AD fanzines Zarjaz and Dogbreath. This anthology and sister publication FutureQuake, a SciFi anthology, have been the starting point for a number of creators. Arthur Wyatt, the writer of the Dredd 2012 sequel comics for example started off FutureQuake before passing it on to the current Editors.

The very nature of these stories means my reviews have to be fairly brief to avoid spoilers.

A great read from start to finish.

END_OF_DOCUMENT_TOKEN_TO_BE_REPLACED

I have now seen The Force Awakens twice. So the ‘event’ has subsided slightly. More people have seen the film and importantly I have been able to talk about it with people I have been friends with for over 30 years.

So now my views are more or less what will remain of this film. These opinions are drawn only from what I have seen on screen. I haven’t read any articles that expand any details, for me it is what is on screen that really counts (until later confirmed).

I have marked this review with ‘SPOILERS’. I am aware that I am perhaps more sensitive to what constitutes a Spoiler and regular readers may take my ‘Spoiler Light’ to mean ‘Ain’t nothing to worry you’. I most in that case stress There are Spoilers in this article.

I will deal with things both out of order and context. The risk of Spoilers will increase the further you read. Each time I think the level goes up I will let you know. There will be reasonable breaks so you shouldn’t accidentally see any Spoilers stronger than you want.

If you have not seen the film you really do NOT want to read to the end of this article. There are MAJOR SPOILERS at the end. END_OF_DOCUMENT_TOKEN_TO_BE_REPLACED

Paragon is a British Anthology focusing on SciFi, Horror and Fantasy. Some top Small Press and Professionals have contributed to the regular issues.

This is Paragon’s Annual. A throwback to the good old days (Annuals you can buy now aren’t quite the same…).

I mistakenly read this without a bowl of Brazil nuts.

END_OF_DOCUMENT_TOKEN_TO_BE_REPLACED

This story deals with some of the consequences of Day of Chaos.

In Day of Chaos, an epic that lasted over a year in the British anthology comic 2000AD. Told mostly by Judge Dredd co-creator John Wagner; Day of Chaos itself deals with repercussions.

END_OF_DOCUMENT_TOKEN_TO_BE_REPLACED 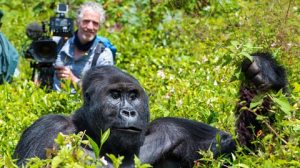 I’ve seen all of the earlier related series and reviewed two of them.

The latest series focuses on one of our closest relatives, the Gorilla. In this case Grauer’s Gorilla, also known as the Eastern Lowland Gorilla, a Subspecies of the more famous Mountain Gorilla.

The first Episode airs on Monday 21st of December. The season also offers a chance to catch up with the earlier series.